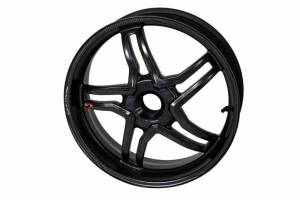 BST designs the tooling, molds, wheel and hubs, then manufactures them in its state-of-the-art factory. Precision cutting machines, like those used in the aeronautical industry, ensure that the process is repeatable and meets the highest certification standards. BST uses only the finest "prepreg" carbon fiber, which is embedded in a top-secret resin matrix epoxy. Carbon-fiber layup is done in a dust-free and temperature-controlled "clean room." The wheels are cured in a superheated steam oven, or autoclave, at 260 degrees and 85 psi. This produces the best material compaction and smoothest surface finish. Every step of this process is logged, the entire history of each wheel is stored and stamped with a unique serial number. To ensure the highest quality manufacturing processes and components, BST's entire operation is managed under strict, new ISO 9002 standards. 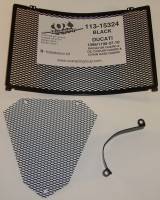