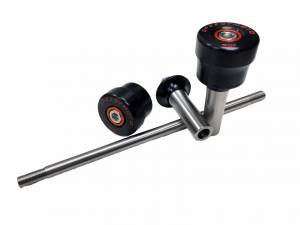 The SpeedyMoto frame slider systems are the strongest systems available on the market today. This Ducati system is comprised of not only superior HDPE plastic sliders, but also an exceptionally strong Steel infrastructure. Since Ducatis utilize the engine as a stressed member of the chassis, the motor mounts and fasteners contribute greatly to the overall rigidity of the bike. This requires a tough engine bolt and fasteners.

The SpeedyMoto frame slider kit includes an extremely durable Chromoly steel engine bolt. Precision-ground, thread-formed and quenched and tempered to an aircraft grade tensile strength of 185,000 psi, our bolt far surpasses OEM specs (as well as other manufactures) in both strength and wearability. We employ stainless steel for the integral engine nuts and slider support, not unlike the high-strength engine bolts used by Ducati race teams. Corrosion resistant and strain-hardened stainless steel is ideal for the crucial applications of holding your motor in, supporting the entire chassis, and providing a reliable platform for the actual slider.

SpeedyMoto uses High Density Poly Ethylene (HDPE)plastic for the slider puck. Unlike other plastics like Delrin, the malleability of our pucks means they will absorb impact and defuse the transmitted energy, becoming the "sacrificial part", instead of breaking more expensive components.

These sliders do work on Streetfighter 1098/S,848, however they are shorter than the regular version and my not protect the left side at the same level. In some applications, the inside faring pads have to be removed for the under-body sliders version to fit.

Important: 749/999 series have to modify the steel nuts to make these work due to clearance issues. 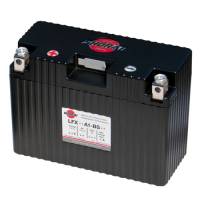 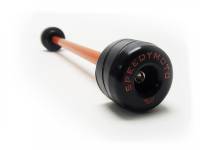