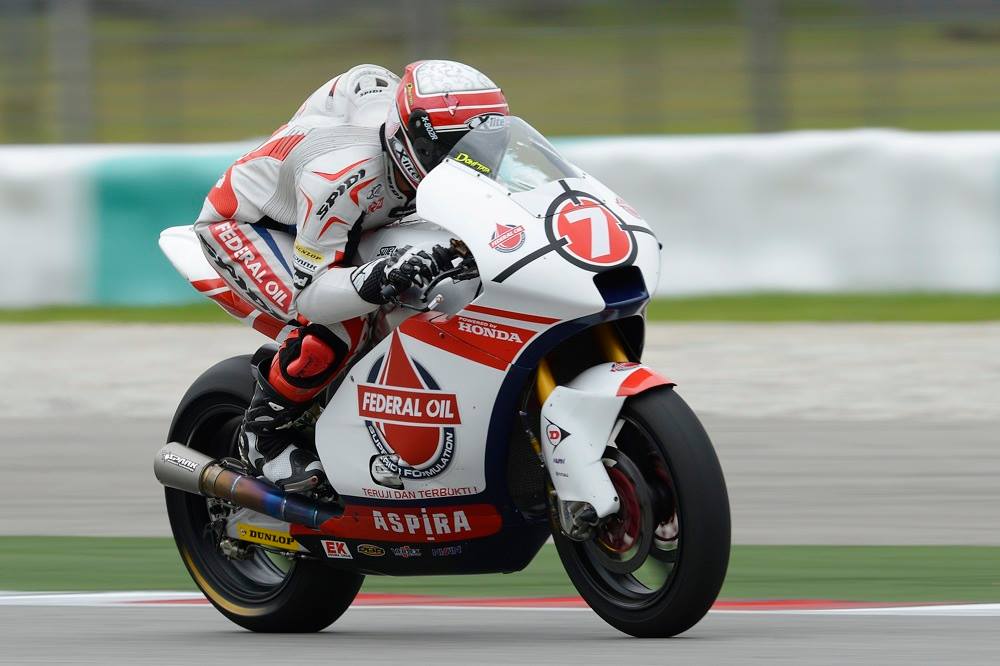 Malaysian Grand Prix, 13/10/2013 Warokorn tried to lead a good race before his numerous supporters arrived from Thailand but unfortunately he struggled to find the pace that would have allowed him to recover positions and finished the race in 24th position. It could have been the best race for Pradita in front of his Malaysian supporters, but he was involved in a crash at the first start and he was forced to go back to the box and change the damaged tire with a harder one. The crash also caused him a big pain in his leg and forced him to the 23rd position. For both we hoped for a better result on such a familiar track, but we will keep on cheering for them at next race in Phillip Island, 20th october.