For some riders, the simple thrill of riding isn't enough. The ultimate target when they wrap around their steeds is victory - and Arrow high-performance exhausts will help them hit the bullseye. Arrow Special Parts was founded in 1985 by Italian Motocross racer Giorgio Giannelli to step up the quality of racing exhausts. His company now produces racing and street-legal exhaust for all types of riding. Motorcycles equipped with an Arrow exhaust have captured more than 40 world titles plus countless more local and national wins, proving themselves in the heat of competition.

You'll notice the difference in your speedometer and eardrums when you have an Arrow exhaust. Motowheel.com stocks an assortment of Arrow full exhaust systems and slip-on exhausts for the Ducati Panigale, Yamaha R1, BMW S1000RR, Honda Africa and other popular bikes. We also sell exhaust headers, mid-pipes and F.I. chips to replace worn OEM parts or build a custom system. Whether you ride a sportbike, cruiser, touring bike, dirt bike or scooter, there's an Arrow exhaust system that will keep you heading straight towards your goal. Find an exhaust that fits your power wants and budget needs with free shipping on domestic orders over $100. 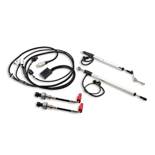 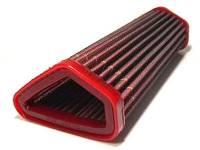 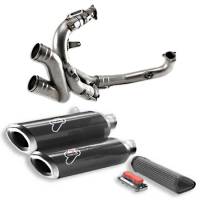 Exhaust
Find the complete range of motorcycle exhaust parts and components with help from the professionals at Motowheels! Exhaust systems are a crucial part of the motorcycle function and making sure your...More Details » 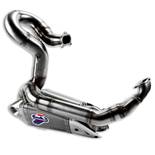 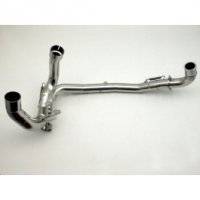 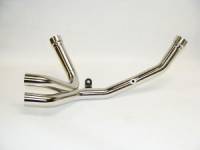 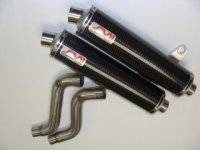 Slip-Ons
"Motorcycle slip-on exhausts install easily and reduce air restriction from the engine while saving weight. Install a slip-on exhaust to your bike with any of the great looking, weight saving parts...More Details »
Items 1-8 of 8 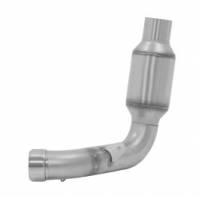 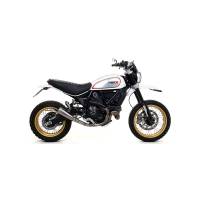 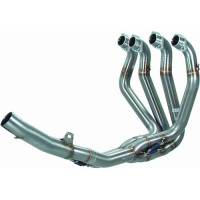 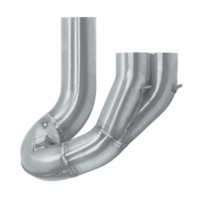 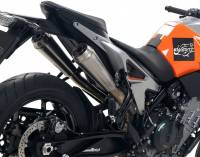 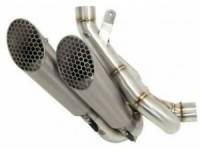 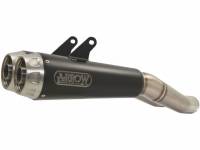 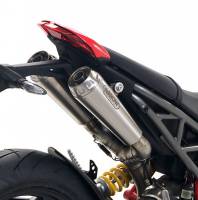 No attributes to narrow your search.