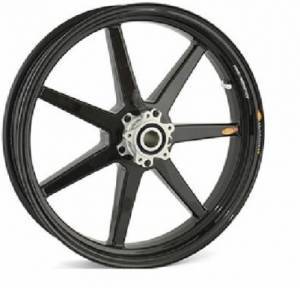 [Minor imperfections on one side]

This front wheel was fitted on a Monster 1200 [Base Model] at the dealer and ridden for less than a a few feet before noticing a rubbing noise. It was then taken off.

Despite the correct hub fitment, the BST spokes for the base model Monster 1200 application are supposed to be thinner and a different part number is now designated for that model to address the need for that..

As the result of this, the cosmetic layer(within 1 mm) of the spokes surfaces on only one side are mildly scuffed in form of thin lines. That must have been due to the wheel rubbing mildly against the edge of the bottom of one side caliper. The imperfection does not extend further than that and has not gone passed the clear coated thin cosmetic layer. There are absolutely no damages done to the integrity of the wheel itself whatsoever. This wheel is practically as new otherwise. Once the rotors are mounted, the scratches will not be visible. 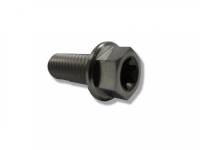